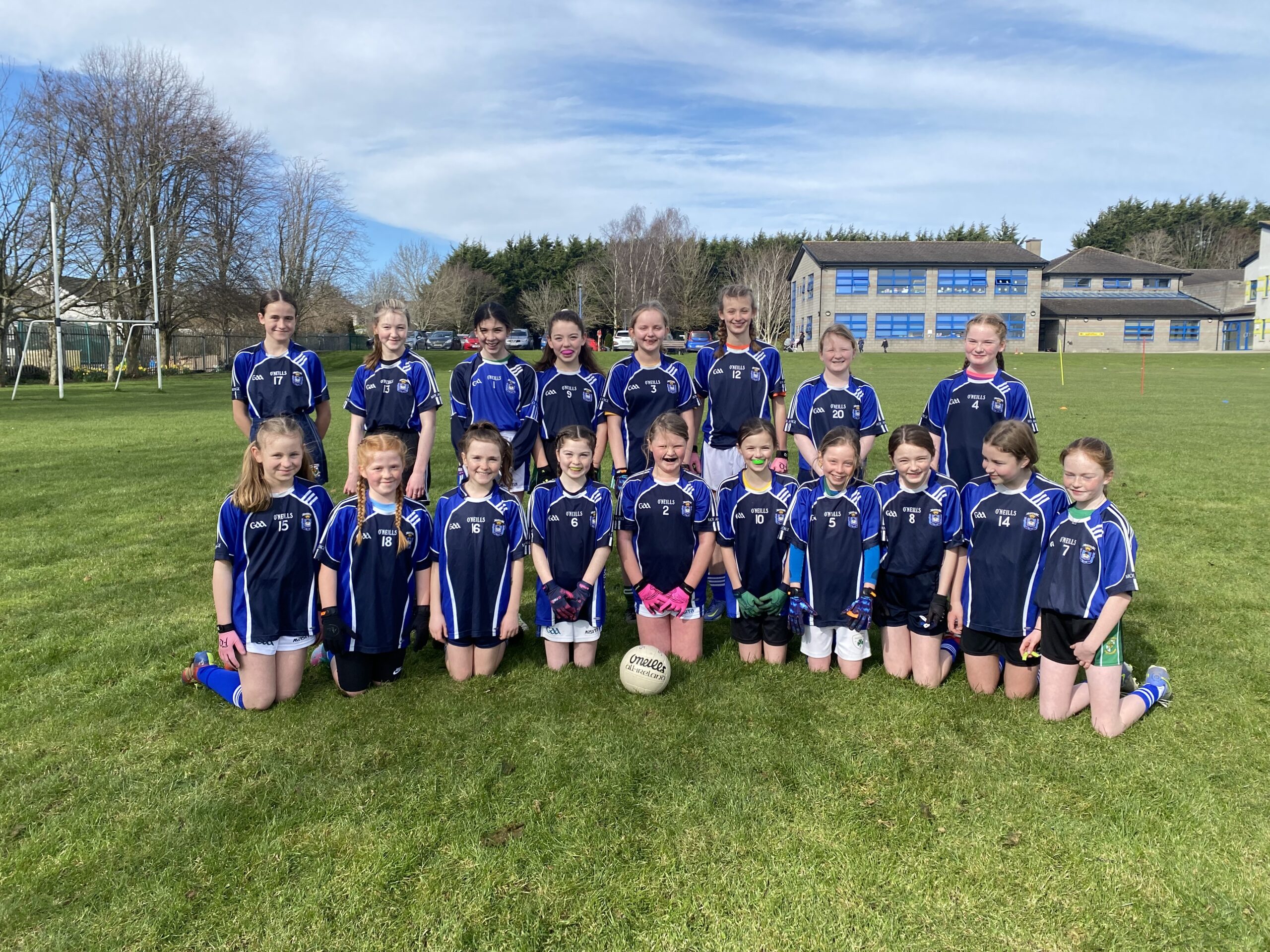 On Tuesday the 5th of April our Senior girls football team lined out for their second Fingal league game of the season at home to St. Cronans of Swords. Played in Milltown, the game came on the back of a highly entertaining battle against St. Canices last week.

Strong first half performances from Chloe Doherty, Caoimhe Doherty and Emme Doyle sent us into the second half with a good lead. Similar strong second half performances from Ruby Skopinksi, Chloe Garrigan and Aoibhe Doherty saw us finish the game well.  With a large panel, it was a testament to all involved how well everyone played both starting and coming on throughout the game. Particularly impressive was the defensive set up and the movement of the ball from the defence through to the attack.

After the Easter break, the girls will play Holy Child away and will be hoping to make it three wins on the trot.