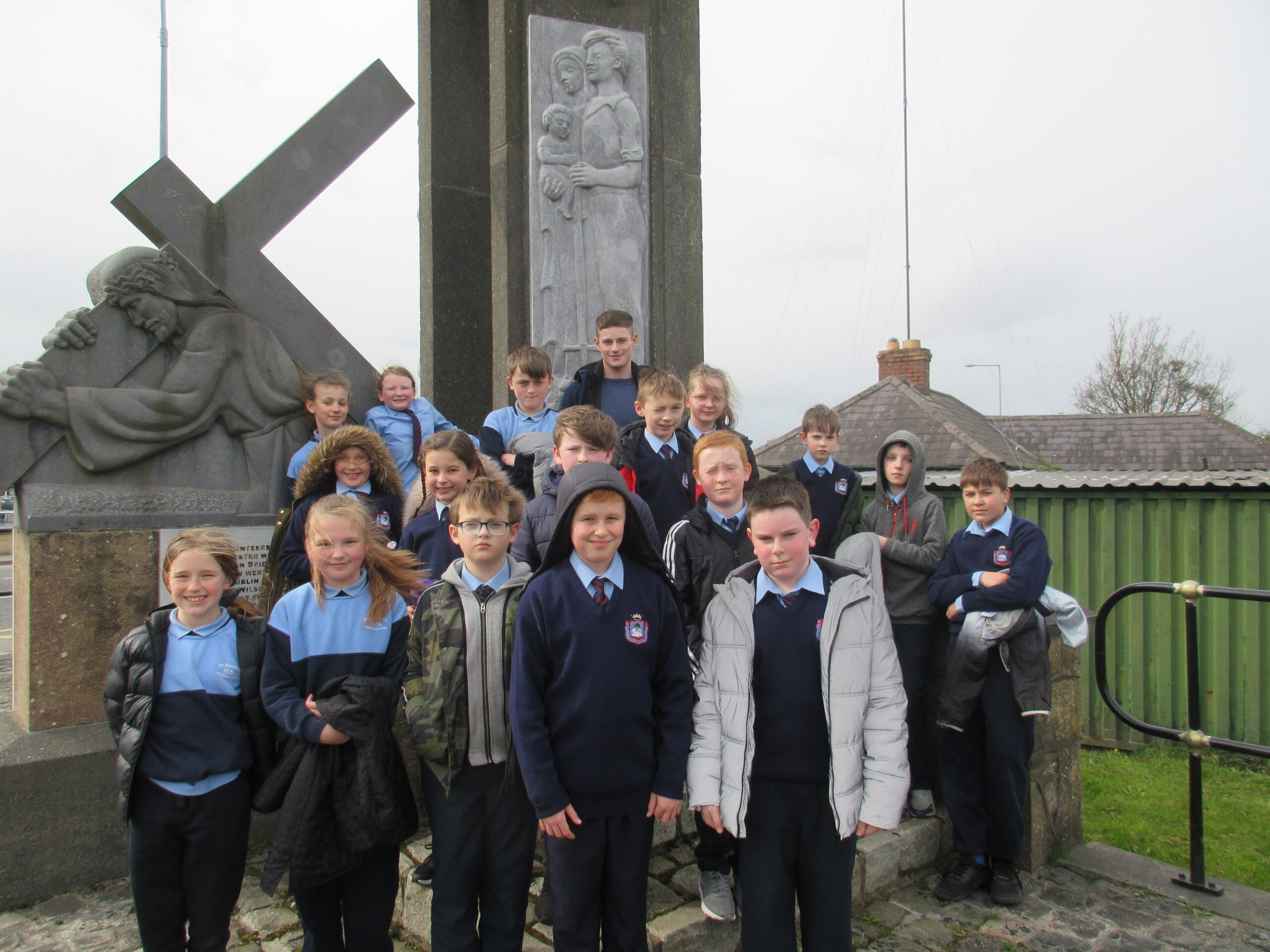 The inspiration for the monument at the Rath Cross, just north of Ashbourne, comes from a poem written by Thomas Ashe. The poem is called ‘Let me carry your cross for Ireland’ and the monument was erected to remember the events of Friday, 28th of April 1916. Thomas Ashe was, on this day, the commander of the Volunteer Force which laid siege to the R.I.C. Barracks, located just south of the cross.

The names of the two volunteers killed in the encounter, Thomas Raferty and John Crenigan, are inscribed on the monument. Nine others were killed in the ensuing battle. The memorial designed by Con O’Reilly and Peter Grant commemorates the battle and John Crenigan and Thomas Rafferty who were killed. The monument has two images: on one side the figure is in the form of Christ, on the other side is a rebel. This monument is known locally as the Rath Cross.

Mr Melia’s class have been learning all about the 1916 Rising in history and visited the Rath Cross yesterday.