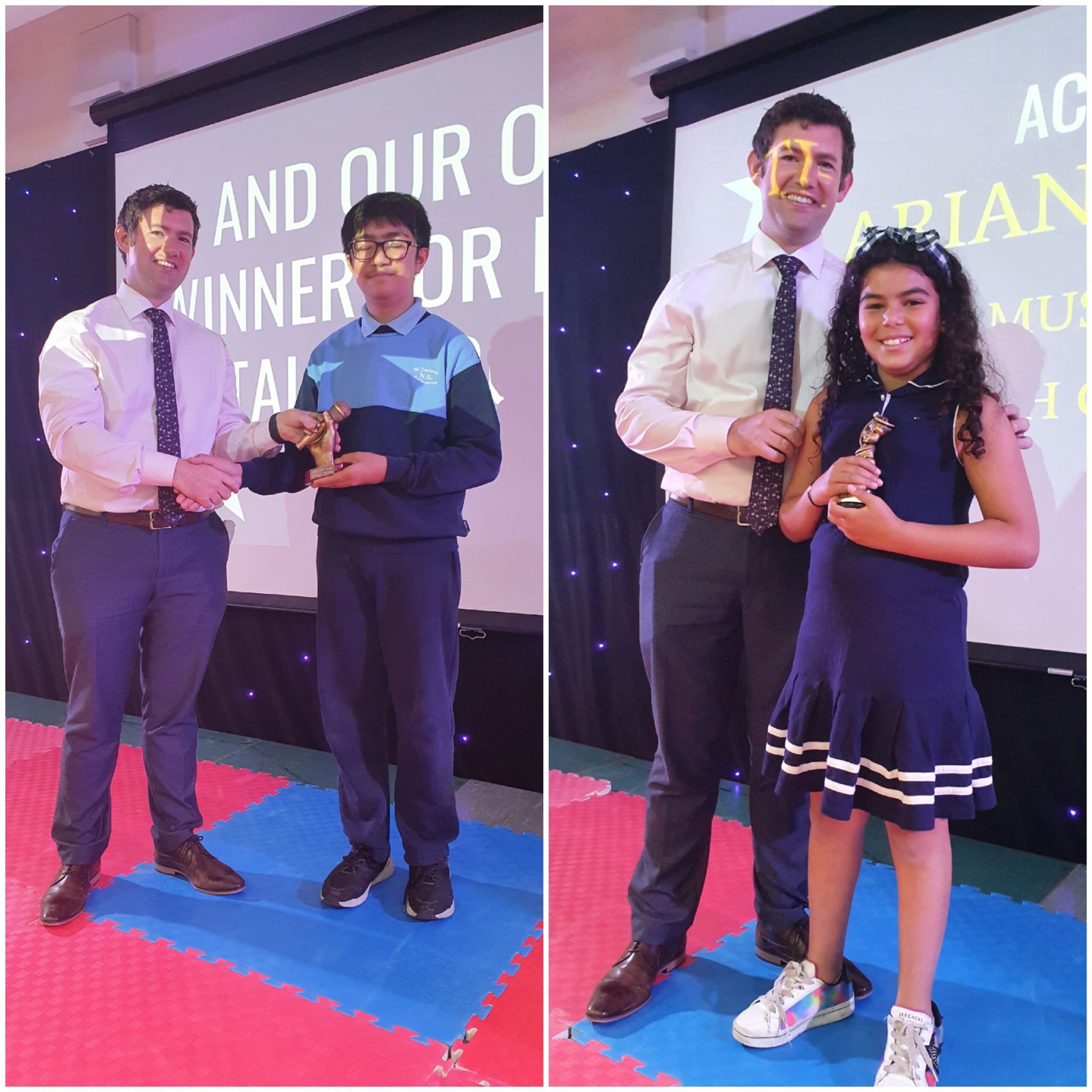 We had a fantastic day last Thursday the 23rd of June at our annual Dec’s Got Talent. All classes from 2nd to 6th came out to the PE hall to support the fifteen acts who made it through to the final. Ms Gallagher and Mr Barry hosted the show are were an amazing double act. They were aided by Mr Mc Keown on stage production and sound. 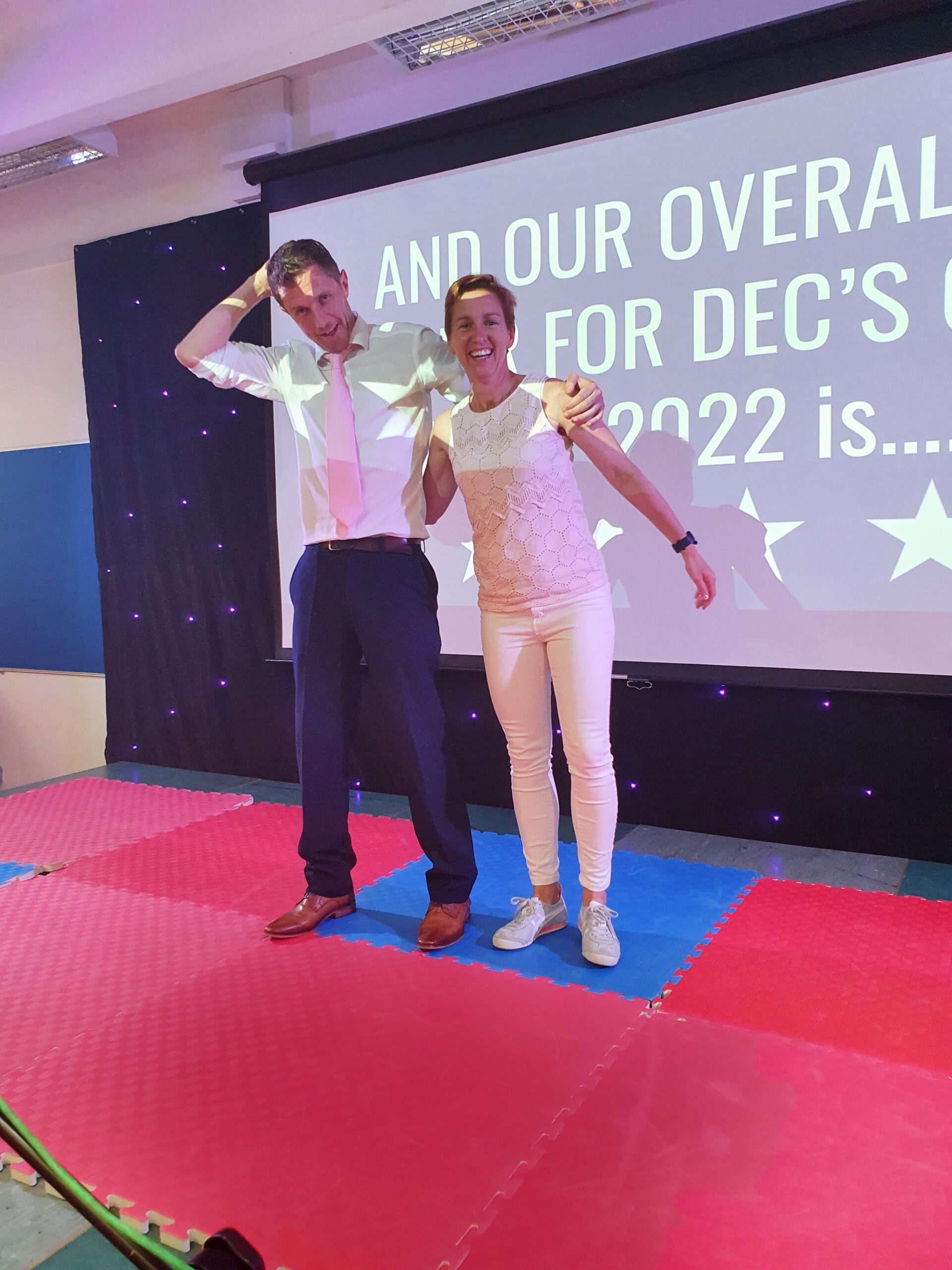 Well done to Ms King, Ms Carey, Mr Melia and Michael who were brilliant judges on the day. They had load of positive comments and gave some excellent feedback for the contestants. 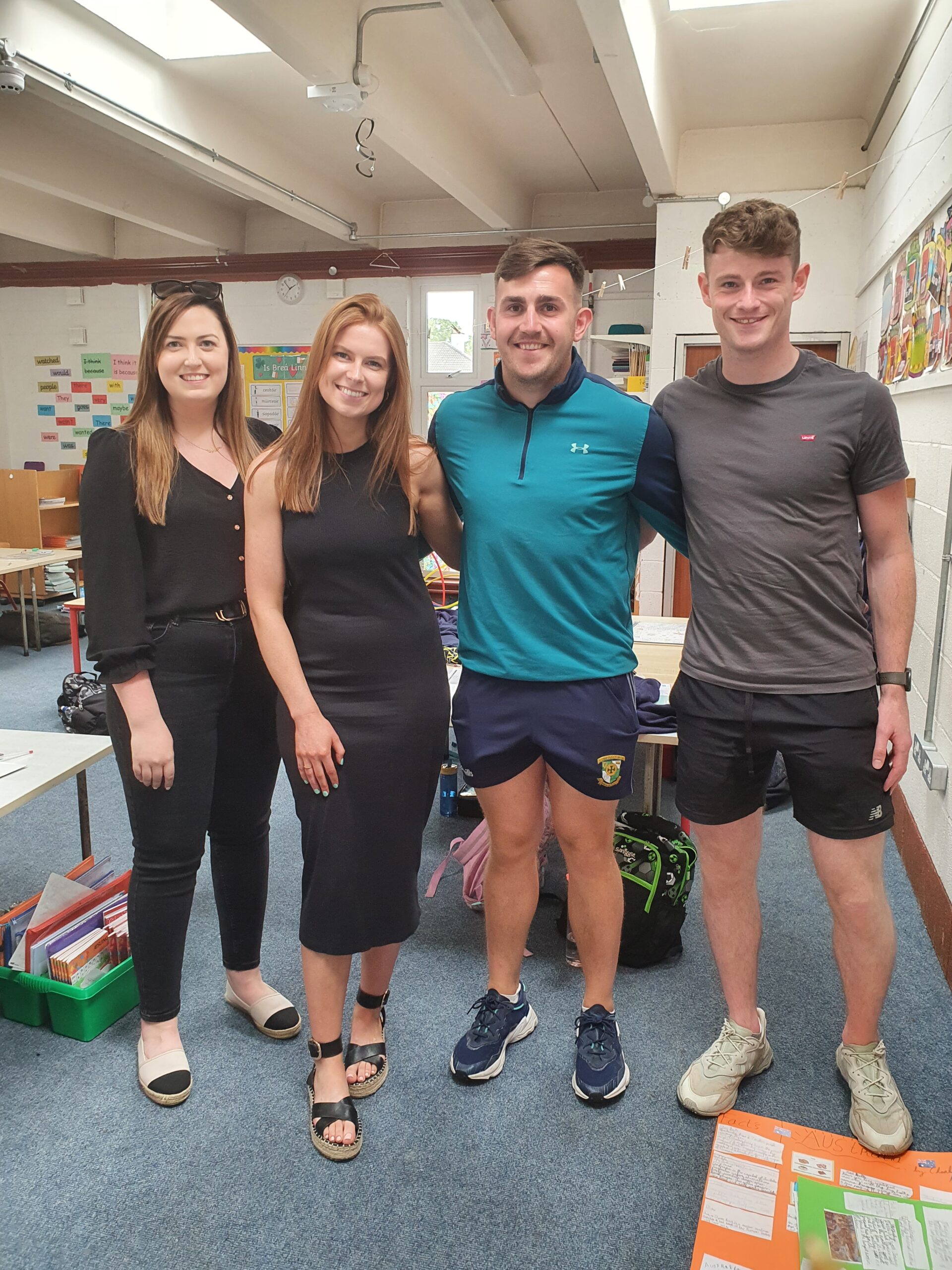 Conor from Room 25 6th class was the first act up on stage. He sang One Kiss by Dua Lipa. The crowd went wild and were singing along. Mr Melia complimented his moves saying he owned the dance floor. Ms Carey thanked him for opening the show with such an enthusiastic performance. 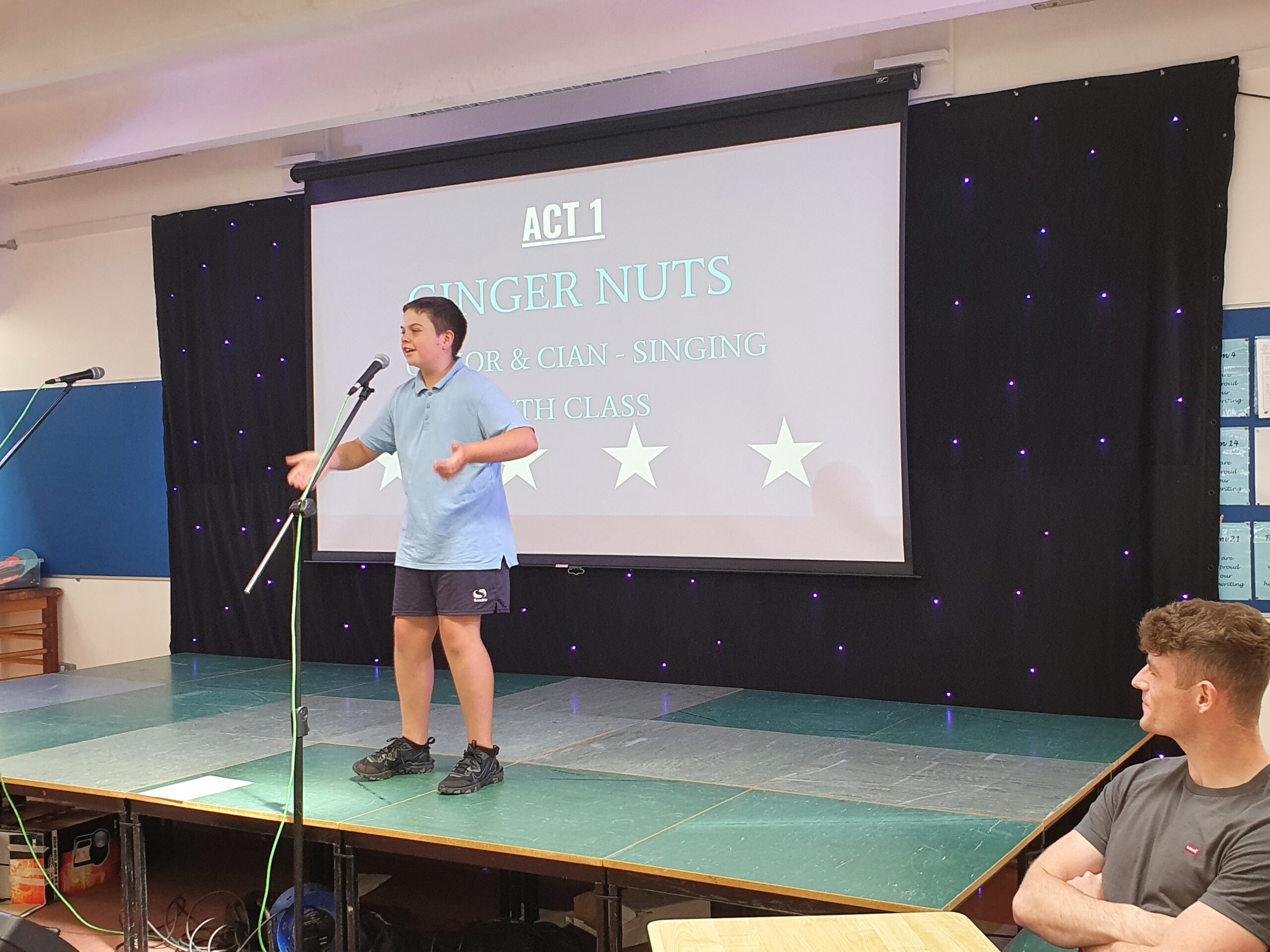 Anthony, Olivia, Áine and Lennon sang Better Days are Coming by Dermot Kennedy. Michael said they could definitely go all the way. Ms King said she was going to see Dermot Kennedy at the weekend and she hopes he will be as good as they were. 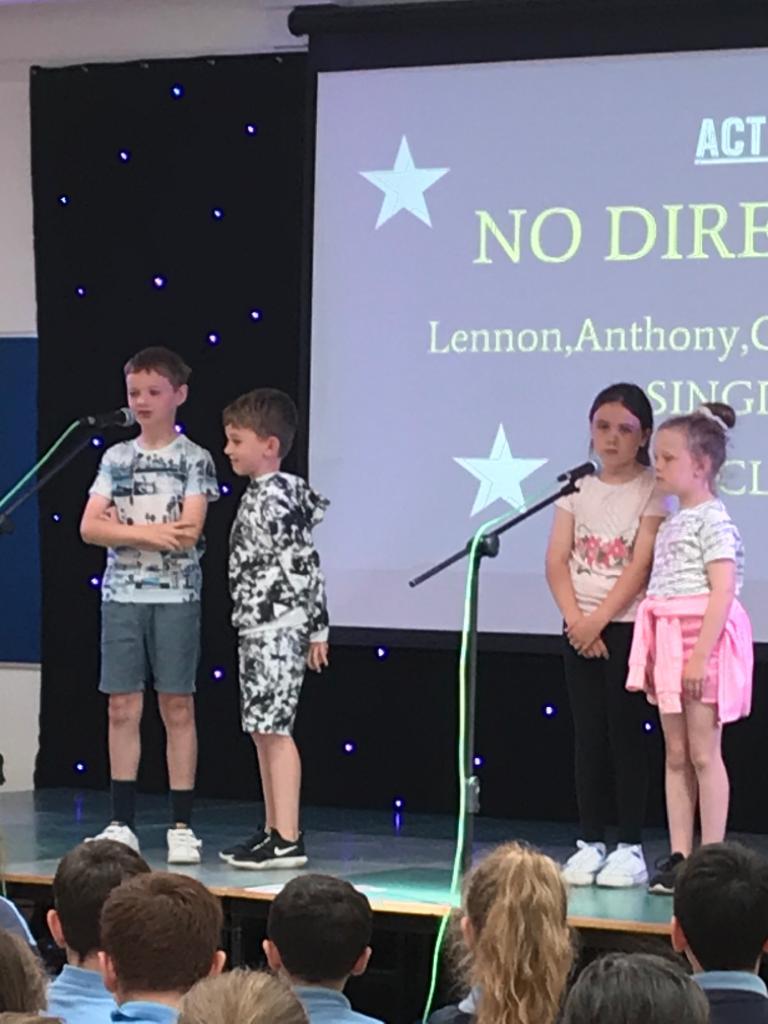 Conor Beggy from Mr Mc Keown’s 5th class gave a jaw dropping performance of hurling skills to the tune “When I grow up I’ll play for the county”. Ms Carey was very impressed as she’s a Tipperary girl at heart. Michael said his eyes were sore looking at a Meath jersey as he is a true Dublin fan but he agreed Conor had great control of the ball. 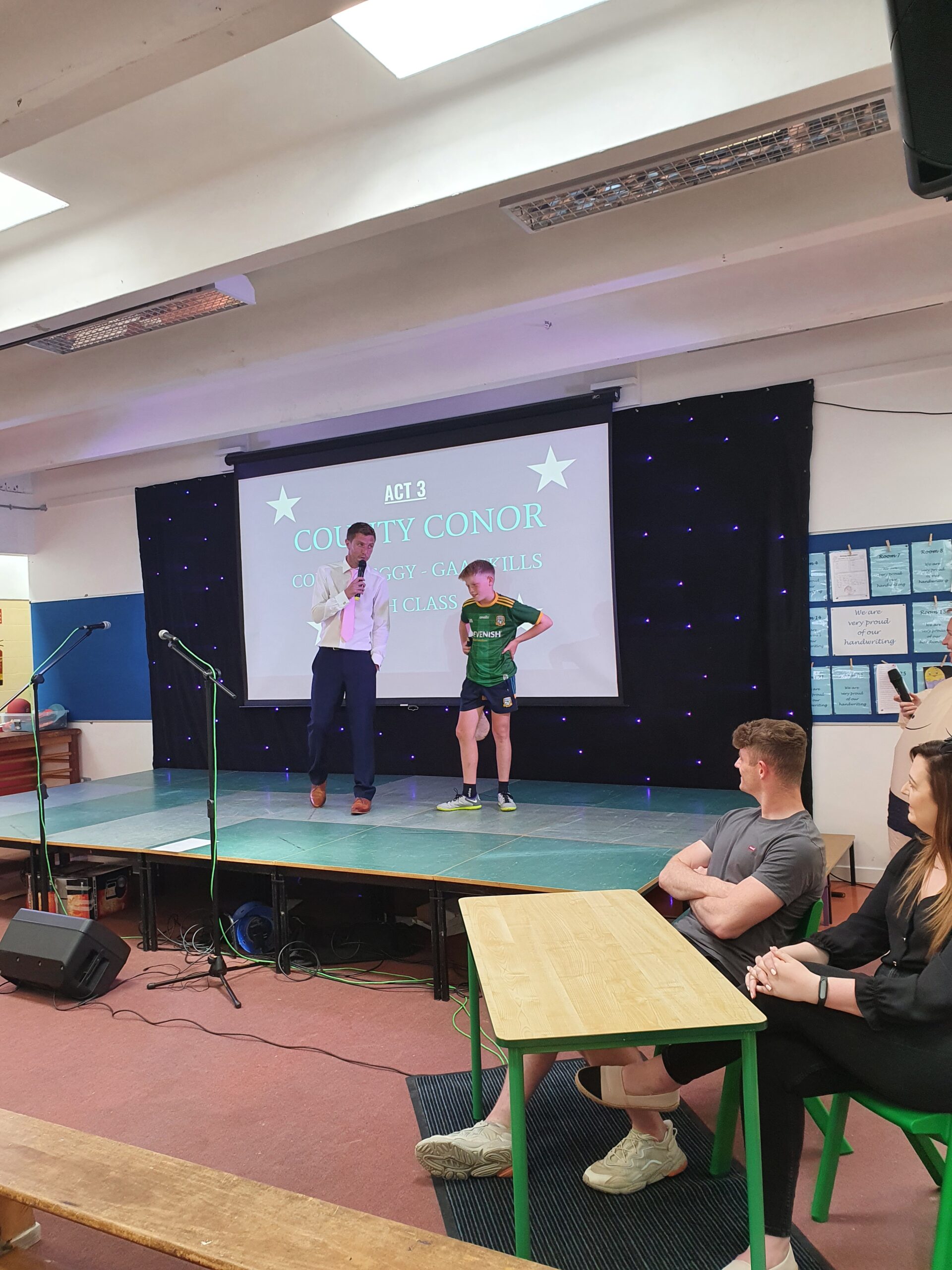 Lee and Lucy from Ms Gallagher’s 3rd class Room 21 were against each other in a rubik’s cube challenge. It was a very tight competition but Lee managed to solve the cube first so he was deemed the winner of the challenge. Mr Melia was very impressed as his head was hurting looking at them doing it. Ms King said they both did an amazing job and complimented them both on such a difficult task under pressure. 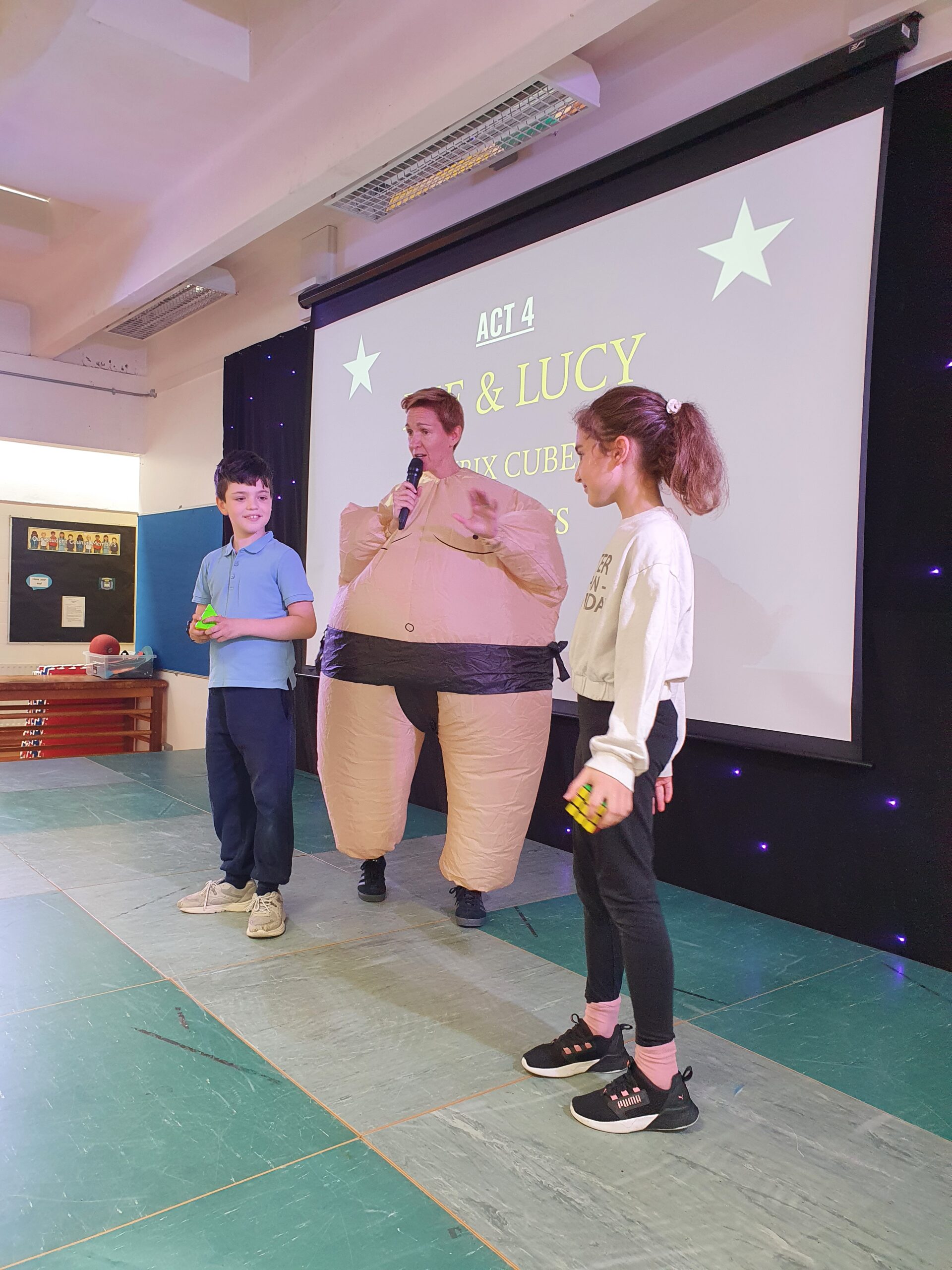 Emily from Ms King’s 4th class sang a beautiful of “A Million Dreams2. Ms Carey was captivated by her beautiful voice and Ms King really liked her song choice. The audience were blown away by her amazing performance. 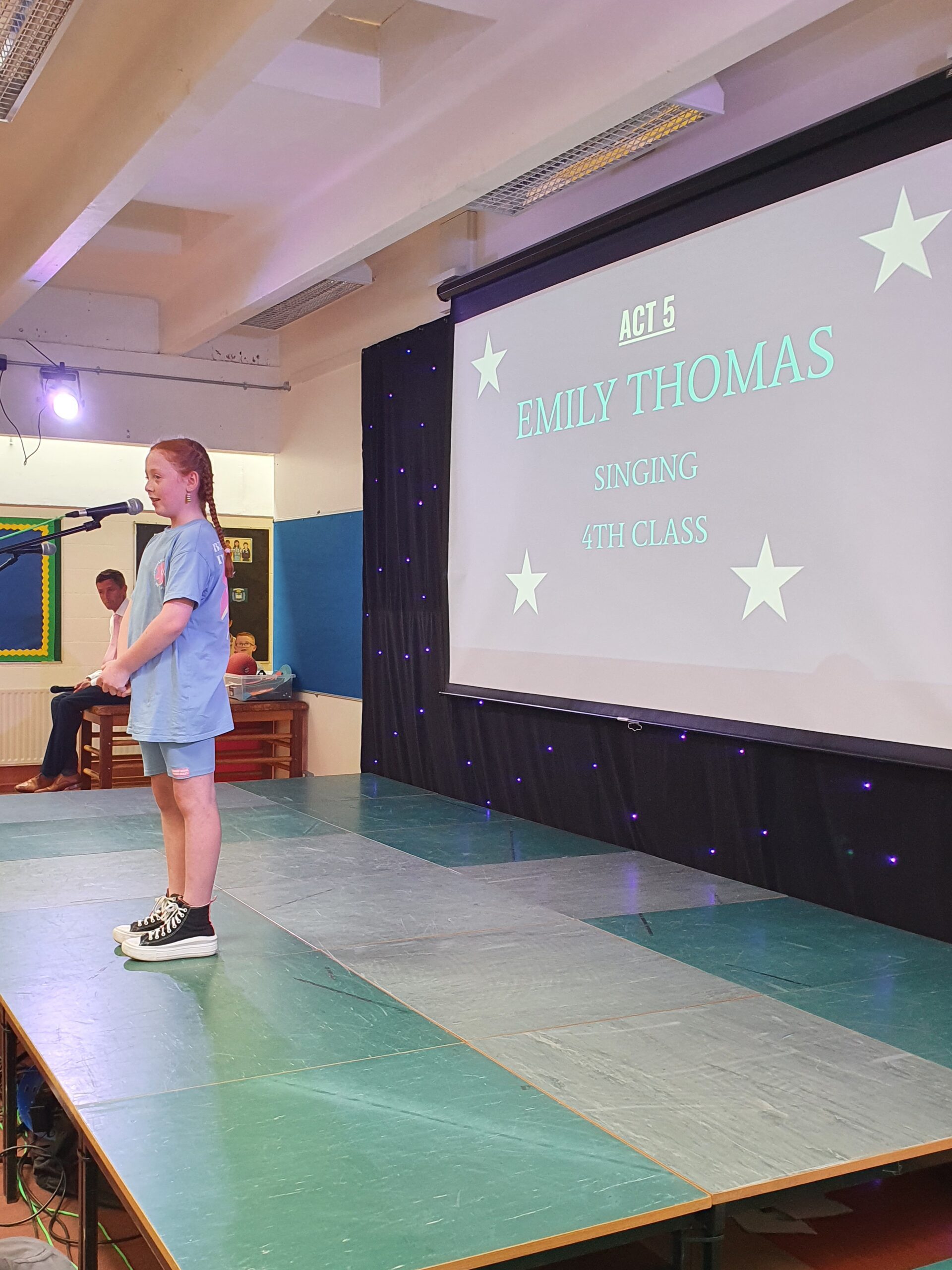 Maja from Ms Mc Gee’s 4th class wowed the judges with her Irish dancing. Ms Jenkinson who teaches Irish dancing in our school complimented her on her hard reel. Mr Melia loved the way she smiled the whole way through the performance. 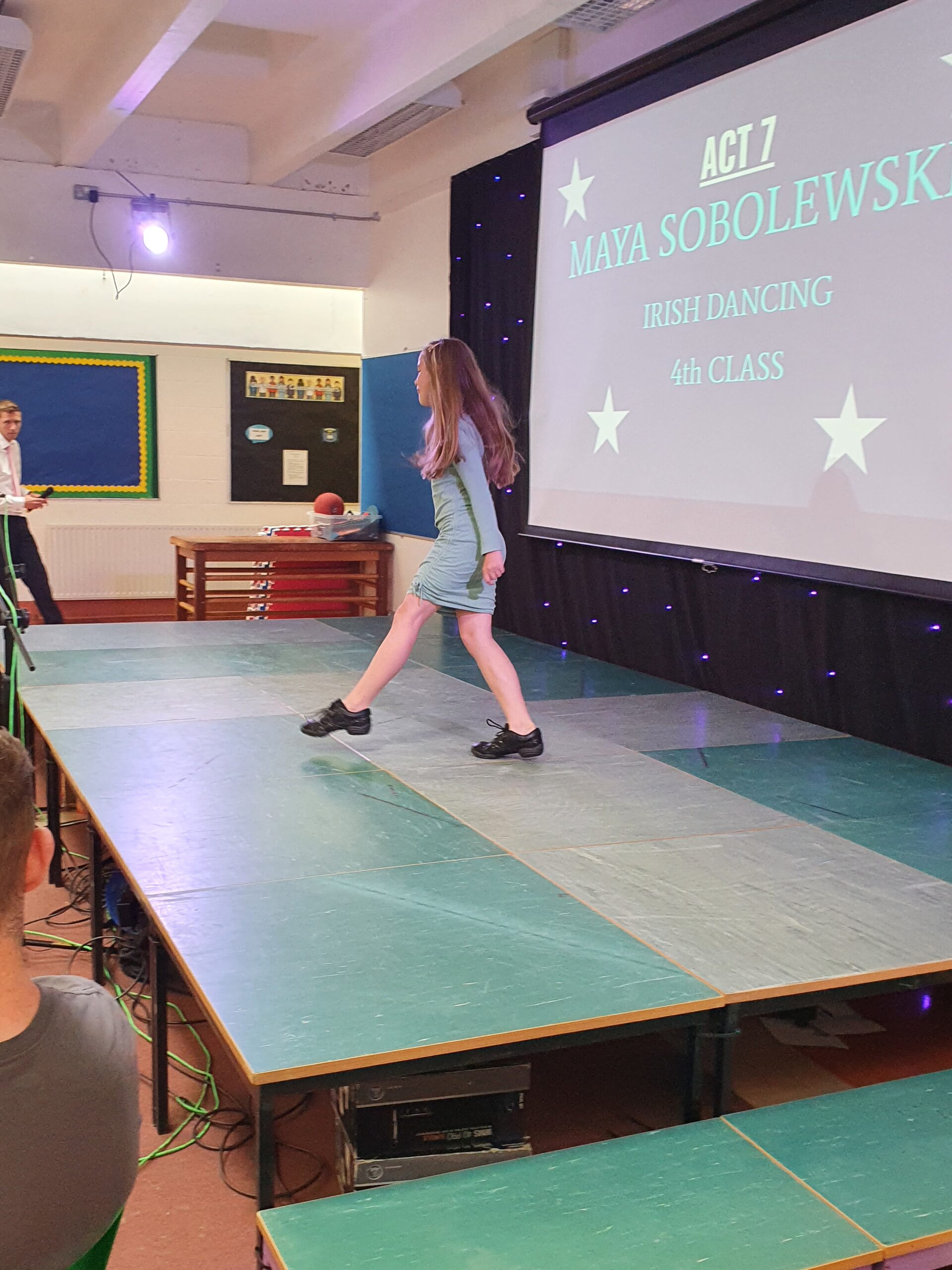 Grace, Aoibhe, Sarah, Eve and Sarah from 2nd class did a gymnastics performance. Ms Carey gave it a thumbs. She said they must have a really good friendship to be able to put something like that together. 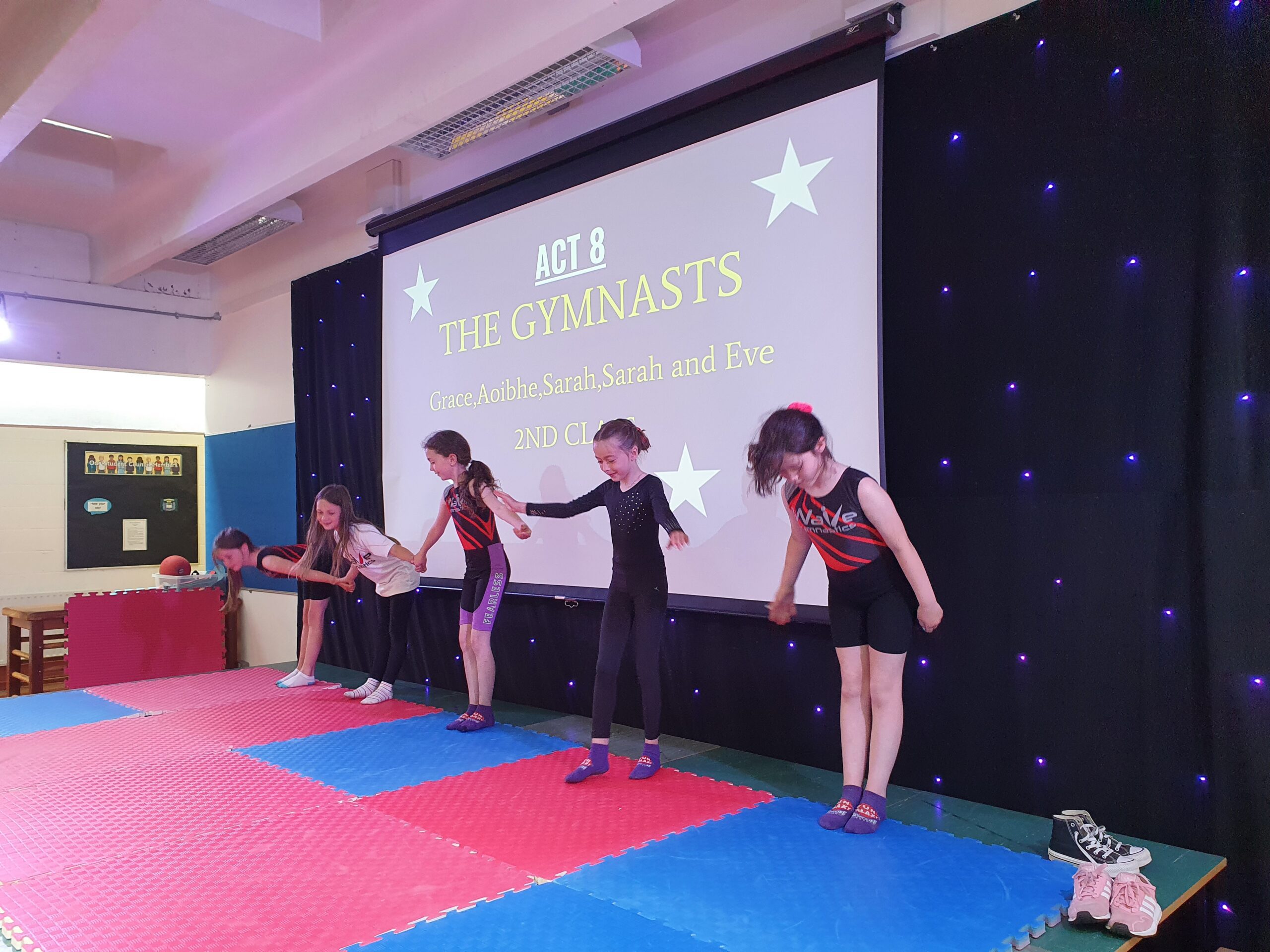 Kyle Murray from Mrs Brick’s 5th class took to the stage and had the crowd in stiches with his jokes. Ms King enjoyed his performance and Michael said it reminded him of a young Honey G. 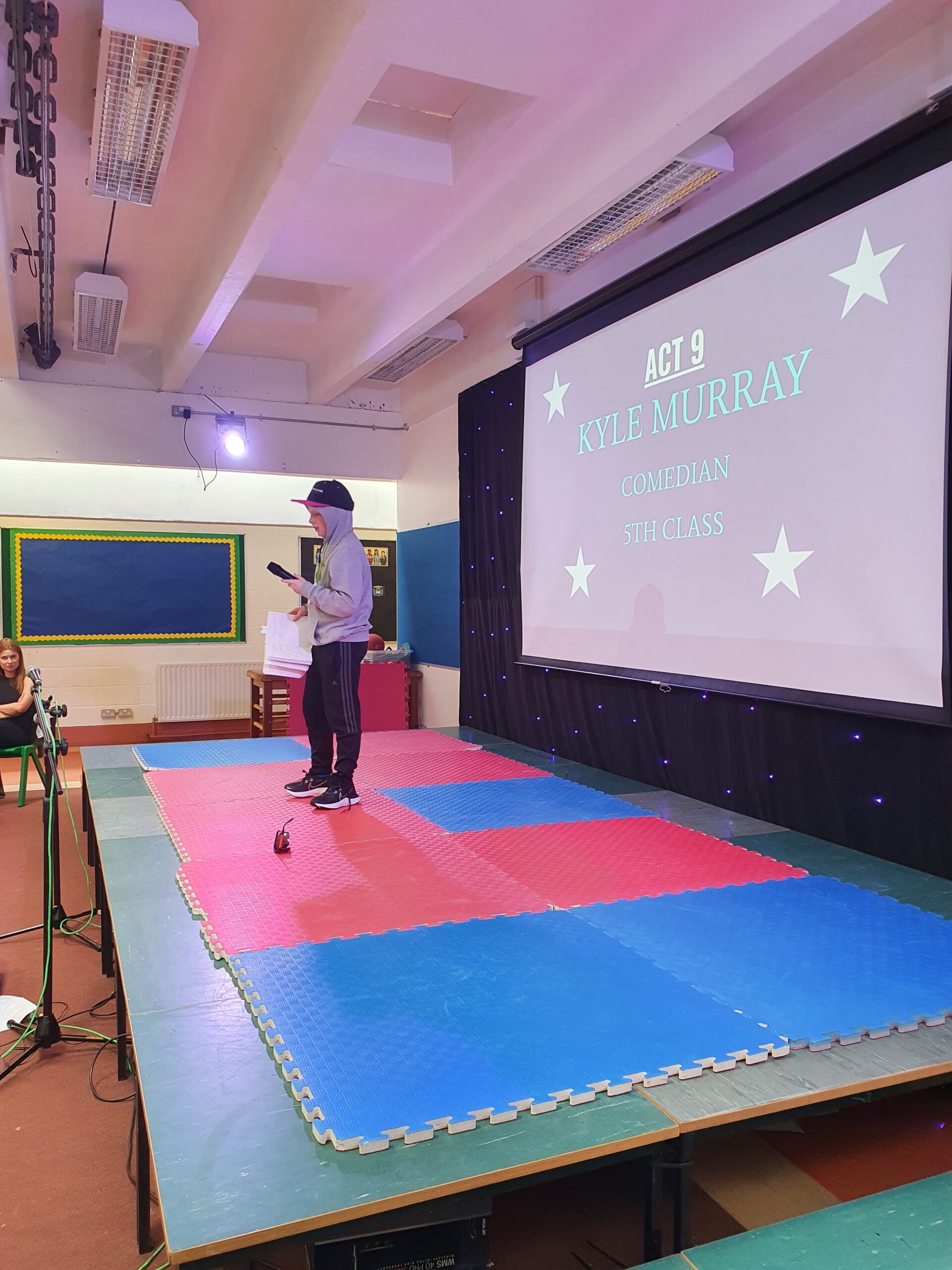 Chloe and Grace from Ms Brogan’s 4th class sang a beautiful song. Ms Carey complimented them on their performance saying they had lovely sweet voices. 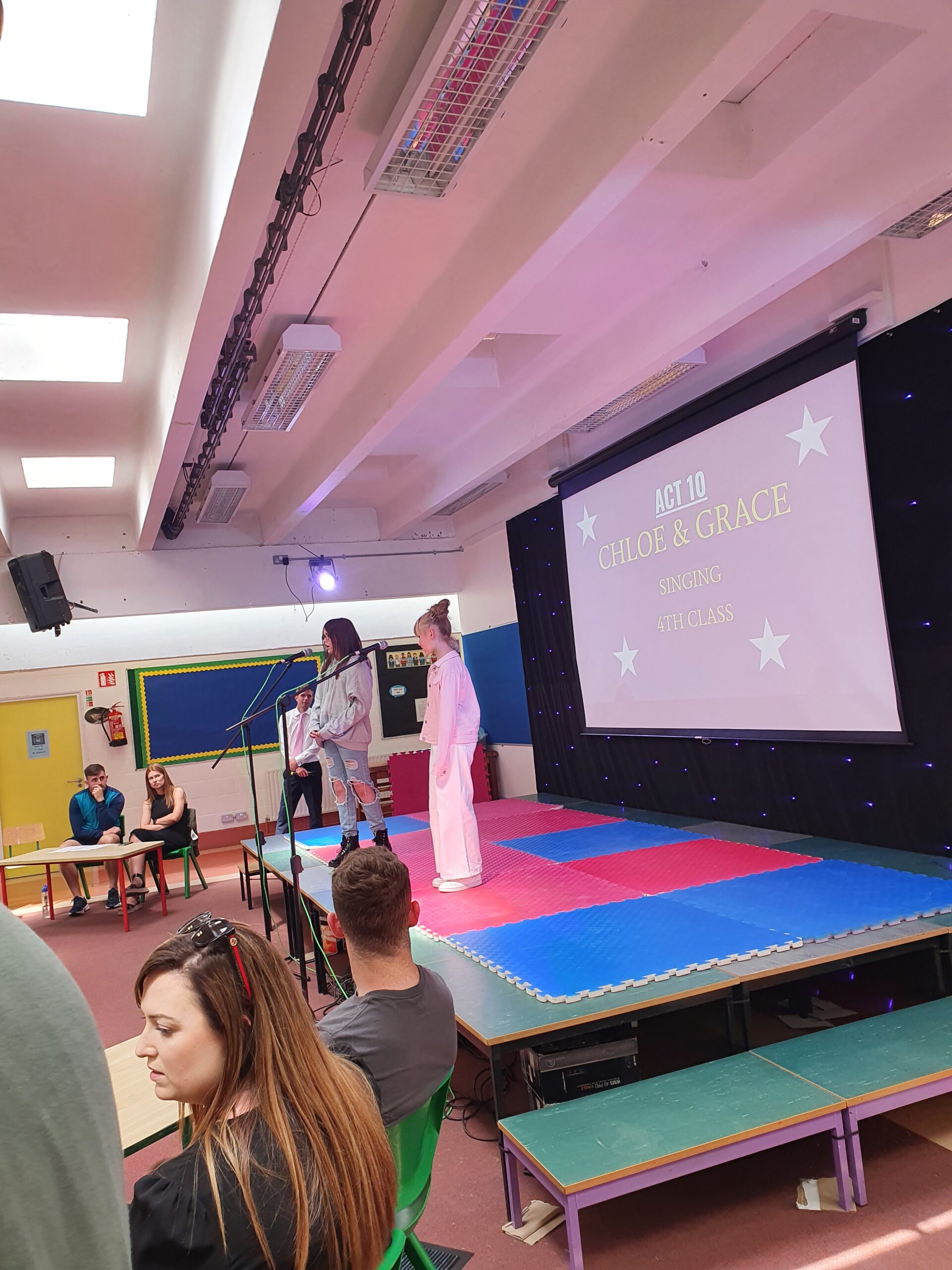 Emme. Regan, Nicole, Megan and Lola from 5th class danced hip hop style to Now Watch Me Whip. Mr Melia thought they were brilliant to be able to keep in sync. Ms Carey said she loved the girl power they displayed. 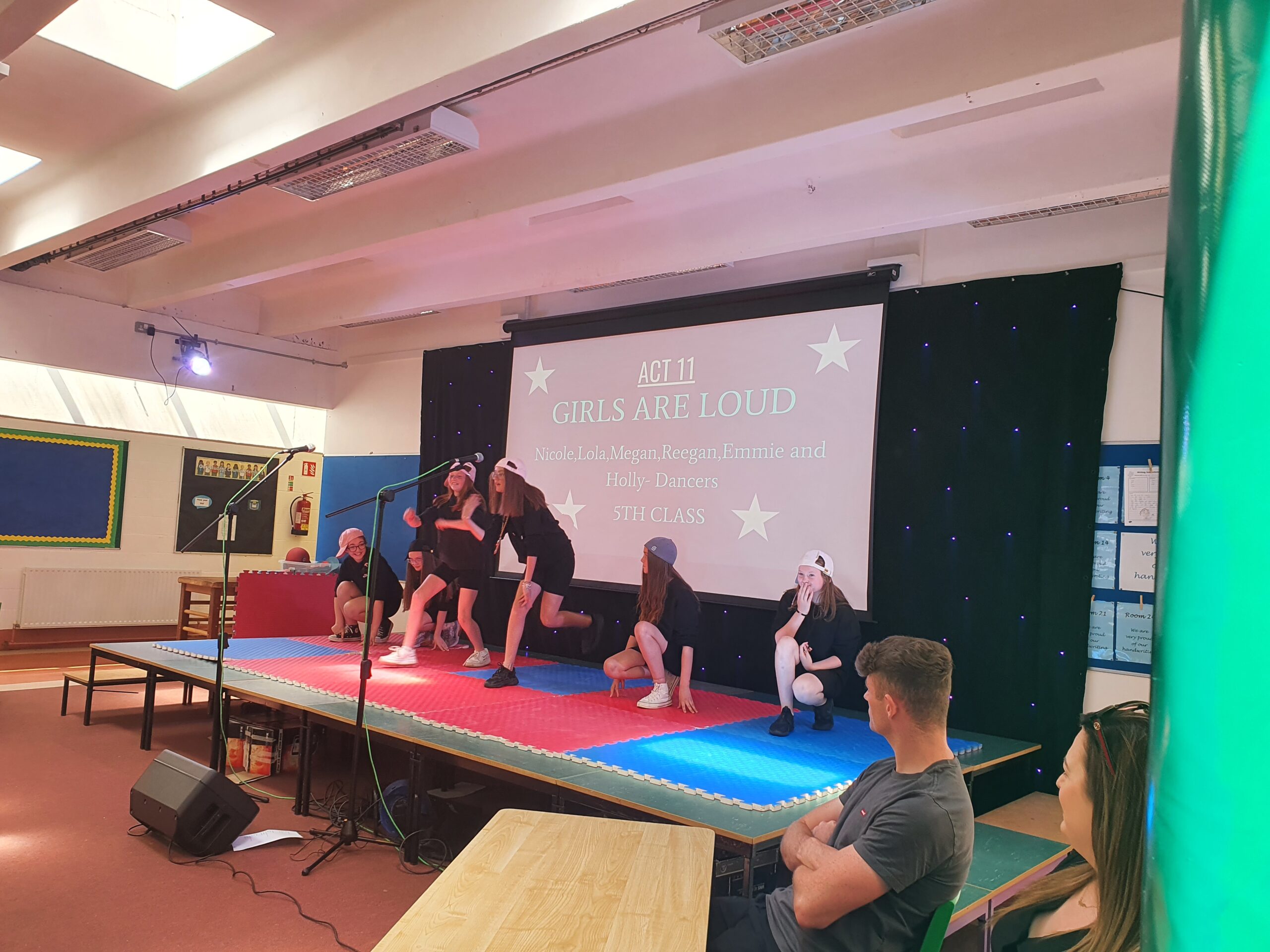 Lili  from Ms O’ Halloran’s 3rd class sang an unaccompanied version of Flying High Osprey song. Ms Carey said she was one talented young lady. Ms King said she had a beautiful sweet voice and she was unbelievable at hitting the high notes. 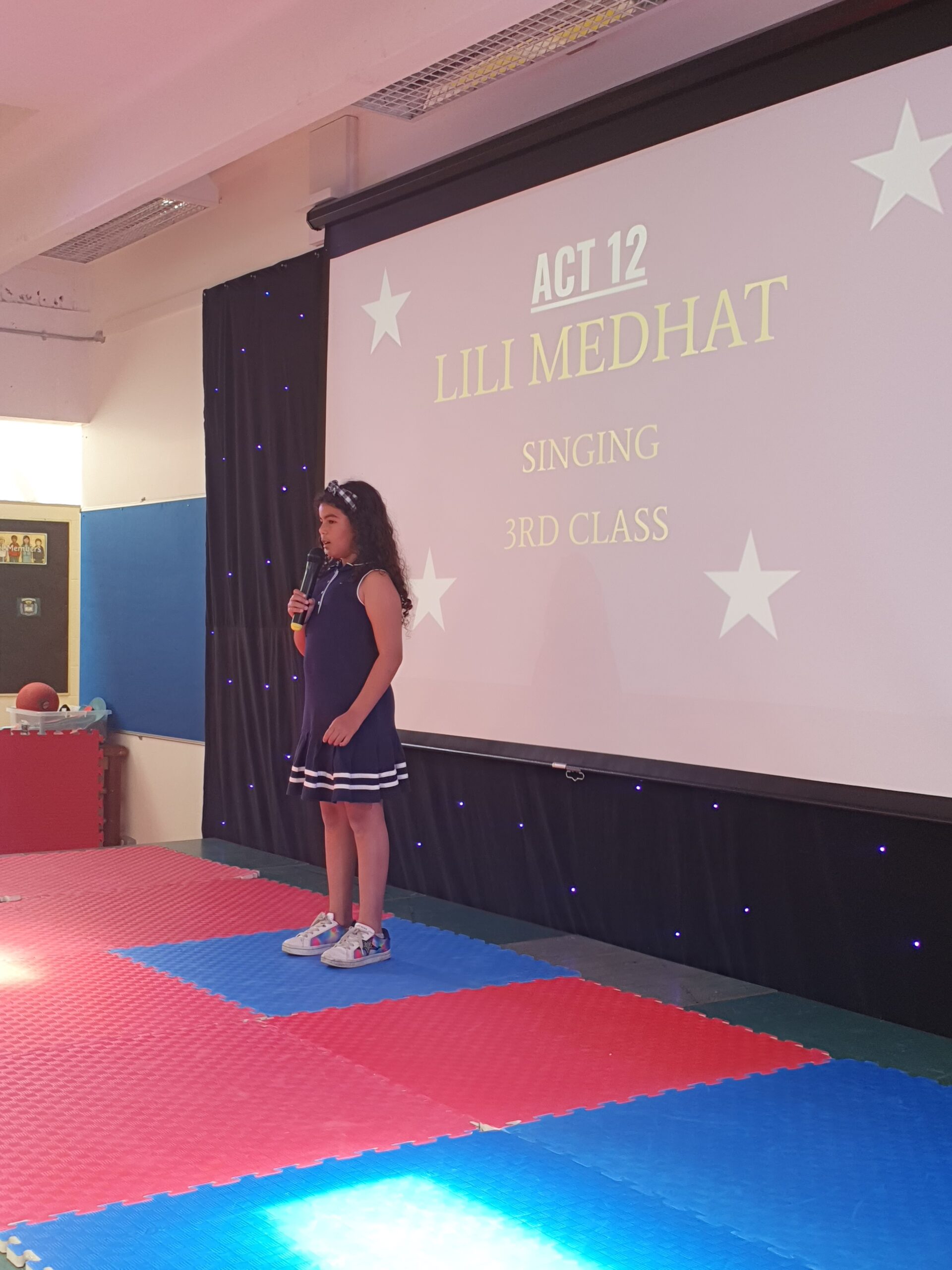 We had a dance off with some of the 2nd class pupils. Faith and Sam performed break dancing for us while Sophie, Hollie, Savina and Patricia performed Irish dancing. The crowd went wild and voted the break dancing their favourite. Ms Jenkinson said she was so proud of the girls that were Irish dancing and to keep up the practice. 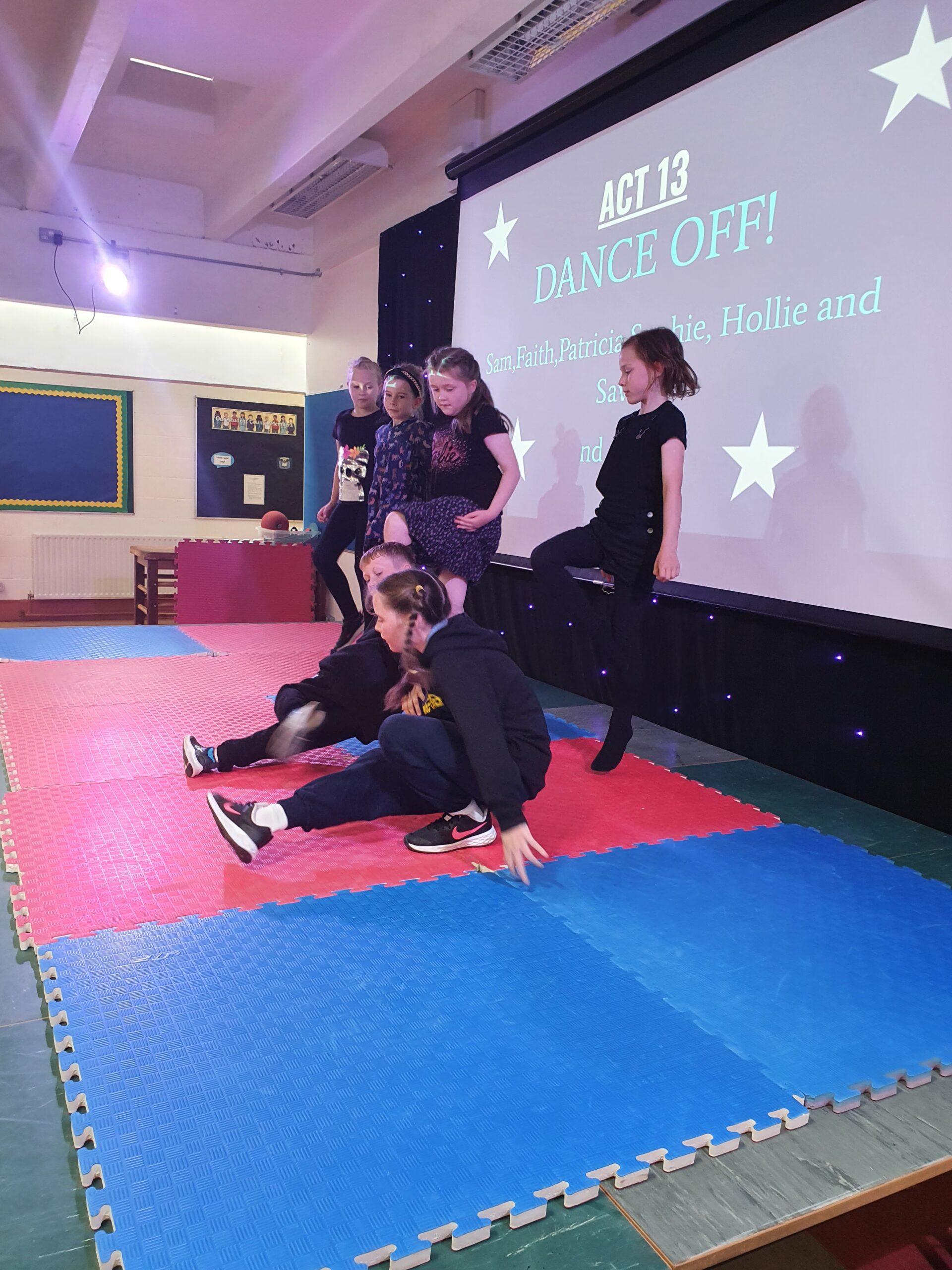 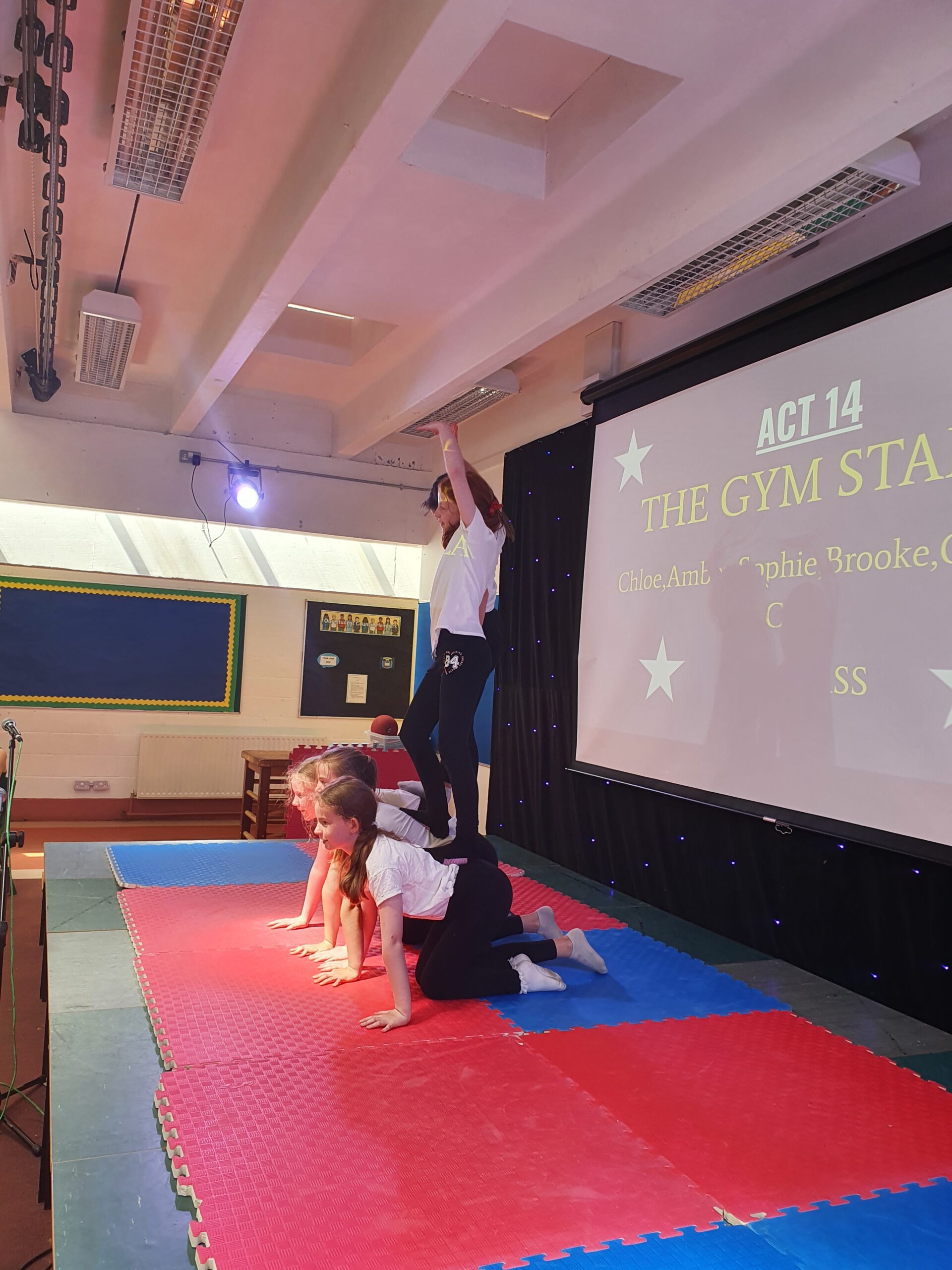 Katie from Ms Gallagher’s 3rd class entered the competition as the judges wild card option. She displayed some fantastic moves on the floor. Michael said she had super balance and core strength. Ms King was blown away by how easy Katie made it look. 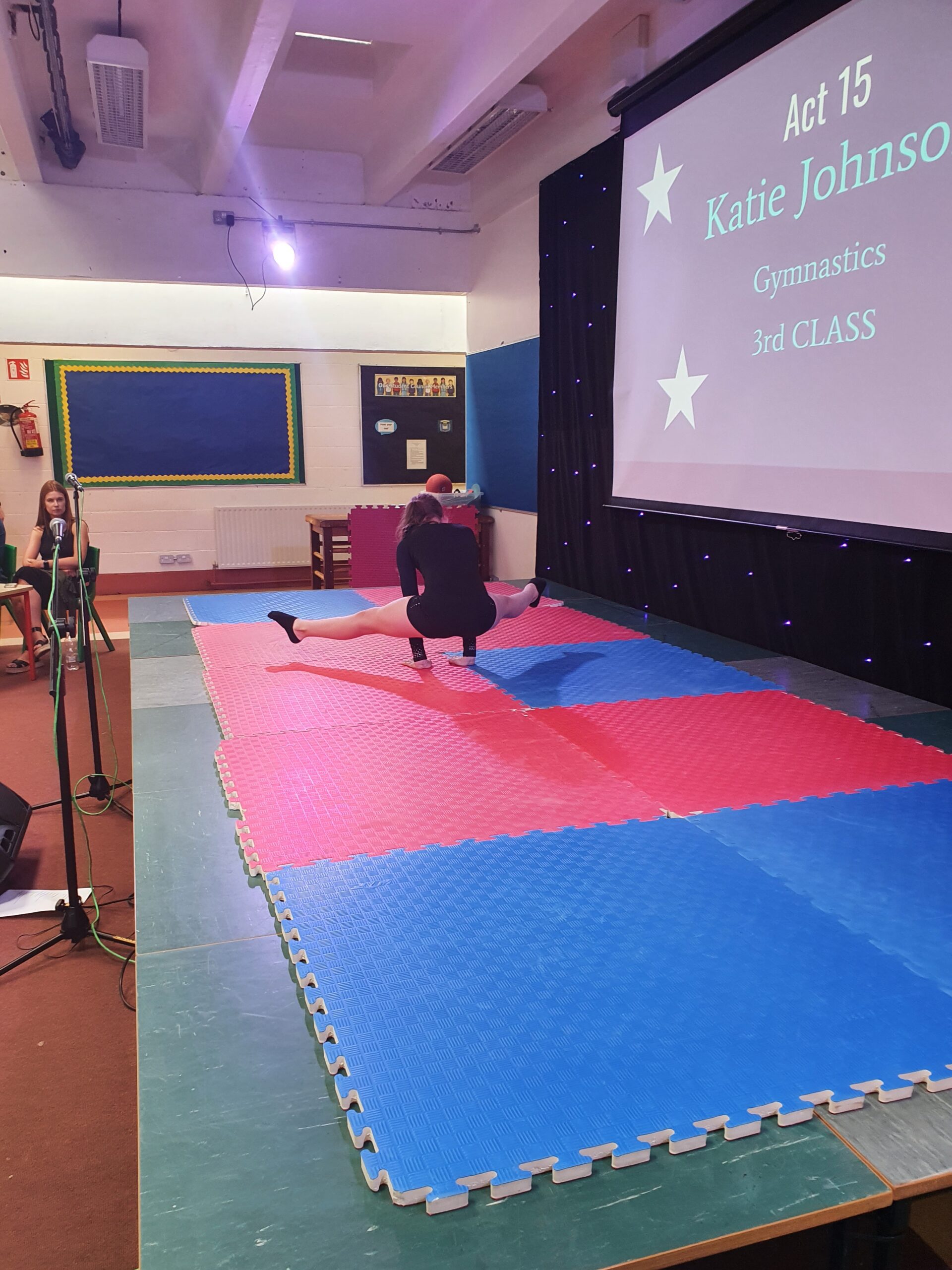 The last act up was Arian from Ms O’ Donnell’s 6th class. Arian played the keyboard for us and you could hear a pin drop in the audience. Ms King said he would give Mrs O’ Rourke a run for her money. Ms Carey told us she used to play the piano when she was younger and told him to keep it up no matter what. She was impressed by his high level of concentration he maintained the whole way trough the performance. 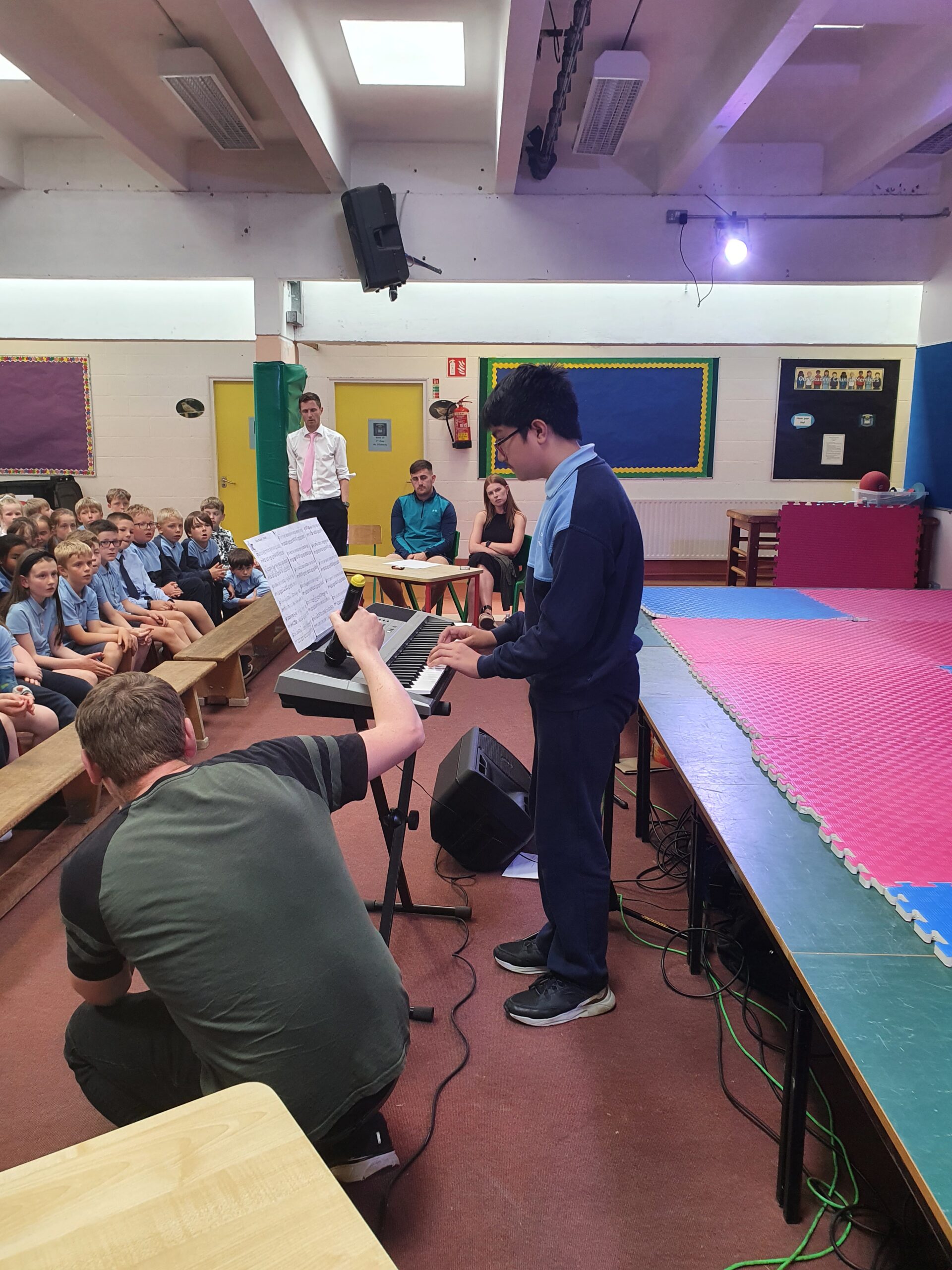 After all the acts performed the teachers voted for the new and upcoming act and then the overall winner. The crowd was very excited and the tension was palpable. Mr Kearins was called to the stage to present the prizes. The up and coming act went to Lili from Ms O’ Halloran’s 3rd class and the overall winner of Dec’s Got Talent 2022 went to Arian from Ms O’ Donnell’s 6th class. What a fantastic day !!